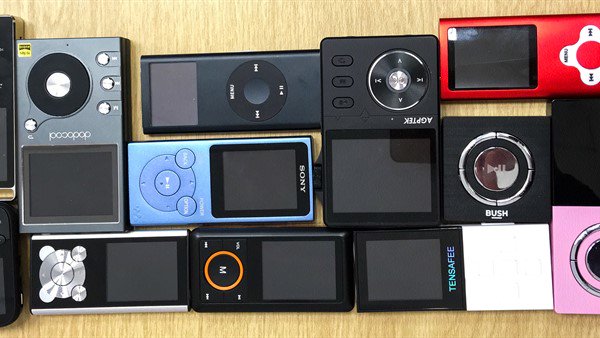 To answer that question we recently tested almost forty different mp3 music players – you can see some of them in the photo at the top of this page. We weighed them up on four criteria: simplicity, reliability, robustness, and cost effectiveness. The one that came out on top was this one: the Bush MP3 player, available exclusively from Argos and Sainsbury’s.

Some of our contacts in care homes and hospitals have been trying the Bush player and their feedback has been very positive.

Just as we found a music player that ticked all the boxes, Bush/Argos /Sainsburys appear to have decided to stop making it.

We’ve been in touch with them to beg them to rethink that decision. We’re not asking them to give it away for free – just to keep selling a great little device to the many thousands of people who need it.

But our call will be more powerful if you add your voice. So please join our campaign:

Hopefully, together, we can get them to rethink!