Sally Magnusson is a Scottish writer and broadcaster. She founded Playlist for Life in 2013 after discovering the power of personal music for dementia whilst caring for her mother Mamie, who lived with dementia.

After Mamie’s death Sally wrote her best-selling memoir ‘Where Memories Go: Why Dementia Changes Everything’. Through her research, Sally learnt that the power of personal music is a recognised phenomenon backed up by decades of scientific research and yet was still not widely shared with families in the UK.

Playlist for Life was established through Sally’s desire to share what she had learnt with other families dealing with the effects of dementia. Sally is honorary president of the charity and continues to support its mission alongside her successful broadcasting and writing career. 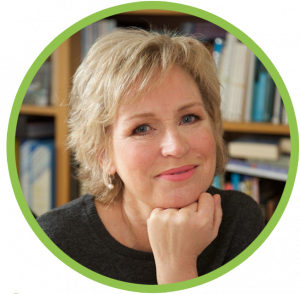 Clarinet Concerto In A Major – Mozart
The most ravishing music on earth. Makes me think of decades of not quite learning to play the clarinet.

The Pearl Fishers’ Duet – Bizet, Sung By Jussi Bjorling And Robert Merrill
My father and grandfather used to sing it together at the piano.

I’d Be Surprisingly Good For You From Evita
Seduction and courtship.

Two Sleepy People – Peter Skellern
Exhausted years of early marriage, all the kids in bed at last, dancing half asleep in each other’s arms.

Sit Down, You’re Rockin’ The Boat From Guys And Dolls
Hours spent listening to a teenage son practising for the part of Nicely Nicely Johnson. Just one boat-rocking line and I’m back there.